The October ‘UK Residential Market Survey‘ from the Royal Institution of Chartered Surveyors (RICS) reported another strong month for the housing market across the UK.

The survey feedback indicated that buyer enquiries, agreed sales, new instructions and prices have all remained firm. A net balance of +46% of respondents cited an increase in new buyer enquiries and together with this rise in demand, the number of new properties being listed for sale also increased for the fifth successive month, with a net balance of +32% of respondents reporting a rise in new instructions. This is the longest run of growth seen in the Survey since 2013.

Looking ahead, respondents remain positive about activity for the rest of 2020, but the longer-term outlook is subdued, with a net balance of -27% of respondents anticipating that sales will begin to weaken over the next 12 months.

According to Zoopla, the home sales pipeline is now 50% bigger than this time last year, with 140,000 more buyers rushing to buy a home before losing out on the Stamp Duty holiday, which is due to end on 31 March 2021.

Elsewhere, Nationwide have reported a total 91,500 mortgages approvals were granted in September, which is well above the August figure of 84,700 approvals and represents the highest level since September 2007.

The stampede to buy homes is being driven by a combination of the government’s Stamp Duty holiday, as well as people reassessing their housing needs following lockdowns. There are concerns that the current high volume of sales going through will create delays in the conveyancing process and this could be exacerbated by lockdowns. Zoopla have estimated that only 54% of sales agreed in January will have completed by the end of March, compared with 92% of those agreed in November.

The mortgage payment holiday scheme had been due to end on Saturday 31 October, but as a second national lockdown for England was announced, the scheme has been extended across the UK, allowing borrowers who have not yet applied for a mortgage holiday to ask their lenders for a repayment break of up to six months.

According to research from the National Custom and Self Build Association (NaCSBA) and the Building Societies Association (BSA), 32% of people are interested in building their own homes.

Interest in self-build was found to be highest in younger age groups, with 48% of those aged between 18 and 24 saying they were interested, compared to 18% of those aged 55 and over. However, finding the money to finance the project, including mortgage finance was found to be the main barrier, according to three in five people (59%). 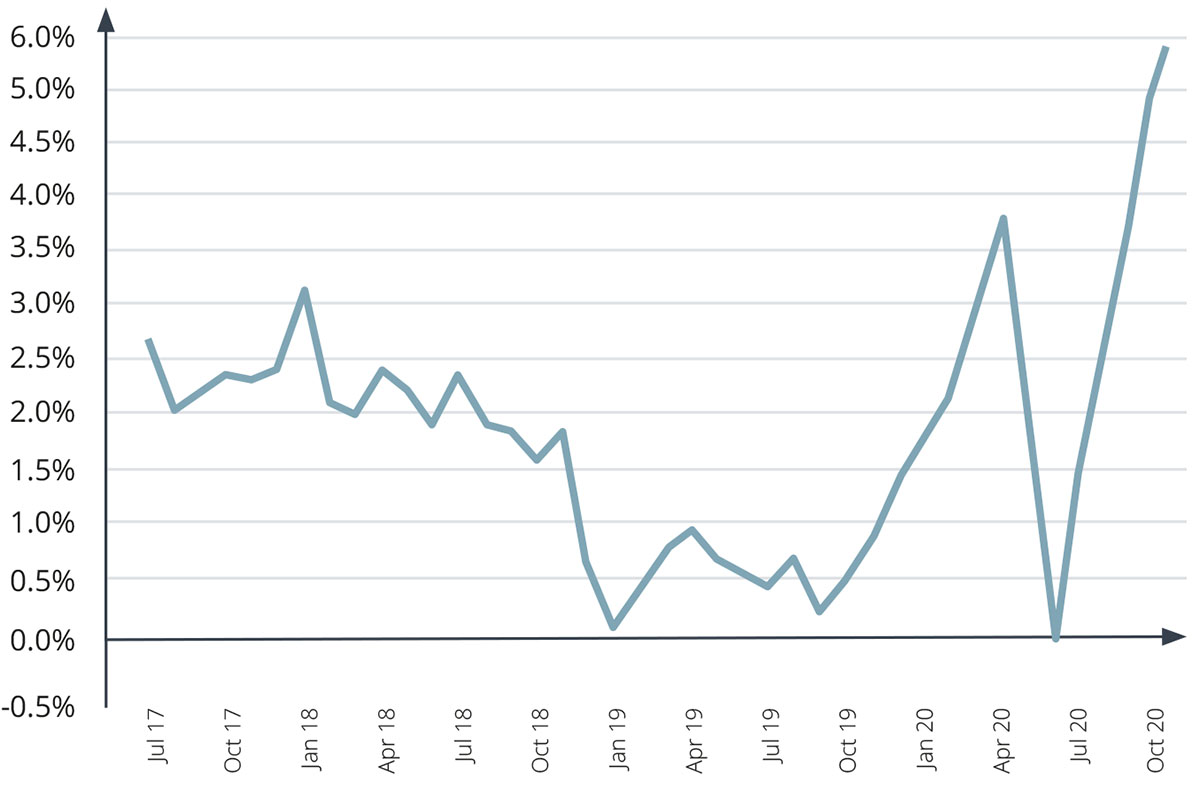 Will buyer appetite start to slow?